A Different Type of Challenge

Fire in the sky

When my phone rings at 5.00am and I see the name of our Site Manager Paul Harlow on screen, I know that it is unlikely I will be receiving good news. I expected to hear about a drainage problem, leak or something of that nature. I did not expect to hear the word ‘fire’ and discover that Mr Harlow had been prevented from unlocking the school at 4:30am because the police were denying him access and, indeed, the A52 was closed.

The fire at the old Bramcote Park School building was little more than 100m from BHPS and had been raging since 1:30am. When I arrived on site, there were 12 fire appliances attending and, I have to say, I was most impressed by how professionally they were at managing a major operation over such an extensive site. The officer in charge discussed the situation with me and I liaised closely with our neighbouring schools. Our difficulty arose from the acrid smoke that was covering BHPS and what might be included in this, given that the building would have been constructed in the middle of the 20th century. Closing the school was not a difficult decision but, and people might not realise this, to implement the closure is a lot of work. The rest of my day centred around organising the appropriate safety checks so that we could be confident that it was safe to reopen on Friday. This was a lengthy procedure and had to be done correctly. By the end of it all, I was happy with the procedures we had followed, however the ‘to do’ list of what I had wanted to achieve that day had not been touched. Dealing with a crisis is another type of challenege and it helps when you have a great team around you. 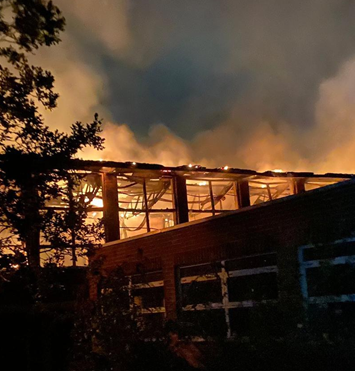